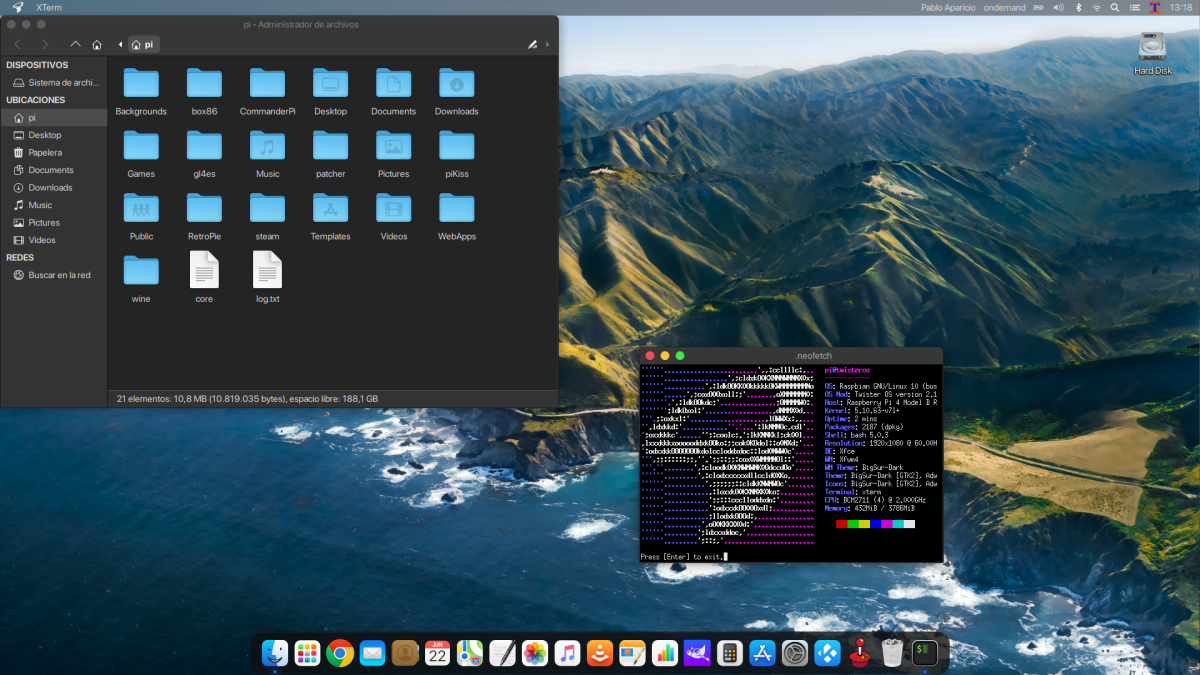 Simple plates are fine. With them we can create projects of all kinds, as well as use them as a desktop computer with limited resources. If our intention is the latter, we can choose between different operating systems, such as Manjaro, Armbian or even Windows 11, but the best option is undoubtedly Raspberry Pi OS. Although, well, the official system by default does not offer as much as the Twister OS about which we are going to talk to you today.

Although they added OS (Operating System) to its name, it is not actually an operating system. It's more like the I brought that we can put Xubuntu, with the difference that Twister OS is available as an image and can be installed on the Raspberry Pi without going through the Raspberry Pi OS. The system is actually Raspberry Pi OS, and in its Lite version it has added themes and little else, but in the full version it is also installed by default RetroPie, and working perfectly.

Twister OS is actually a suit for Raspberry Pi OS

And why do I think Twister OS is the best we can use on the Raspberry Pi? To begin with, because it's actually Raspberry Pi OS. If in the future we need something official, like enable boot from USB in the past or play DRM content on Chromium, we can do it in Twister OS. In fact, when I first installed it, I couldn't see Amazon Prime in Chromium, but I could just update the packages from the terminal.

To continue, the topics, which best defines the "suit" we are talking about here. The default theme is already attractive, but we have several that perfectly simulate various versions of Windows (including the newest 11) or macOS. Right now I use the latest dark iTwister (header capture), and every time I start it up and hear its chime (chime) I smile thinking that my neighbors will think I'm turning on a Mac. And that's just with the sound. 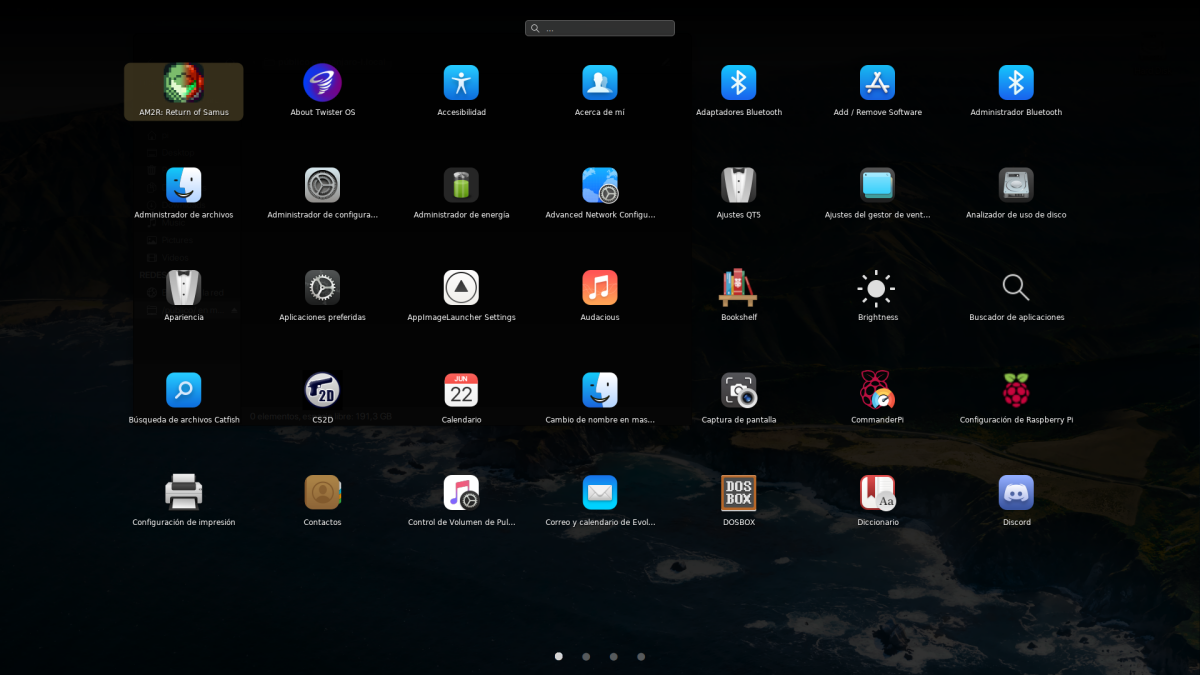 LightPad, from the iTwister theme

From here, we have to think if what we want is something with little output software or we want to do as much as possible after installing from scratch. Raspberry Pi OS has a "Full" version, but it is not even close to what Twister OS offers. For instance, with CommanderPi we can overclock so that it performs better. With My Android we can reflect our Android phone on the screen. But the star software of this non-operating system is the one that will allow us to run Windows applications (not all, of course) after installing from scratch with Box86 or the RetroPie video game station.

What of RetroPie deserves separate mention. Although can be installed separately on Raspberry Pi OS or any Debian / Ubuntu based system with ease, the truth is that I had trouble configuring it. On Twister OS it just works, no hassle adding the driver, ROMs or anything. In fact, I'm playing more than I thought because I like PSX, PSP, SEGA, N64 games without fail ...

Kodi, PhotoGIMP, LibreOffice, Web Apps ... don't give up anything

Another of the programs that is usually installed on a Raspberry Pi is Kodi, which allows us to turn our small plate into a multimedia center. In Twister OS it will not be necessary because it comes installed by default. The same with GIMP, although in its version with the skin to make it look like Photoshop.

What is also striking is Twister OS Web Apps, which is a web application application. At least at the time of writing these lines, either there is no option or I have not seen how to add apps on demand, but there are many interesting ones such as Twitter, Telegram, Spotify or many games, among which Tomb Raider stands out. Everything web, everything based on the Chromium browser and everything working.

As if everything you have installed by default was not enough, two app stores are also available after the installation of zero: PiKISS and Pi Apps. For example, from the second you can install WoR, which will create an SD or USB to run Windows 10/11 on the Raspberry Pi.

And the performance of Twister OS?

I have no complaints about performance, on the contrary. I think it works better for me than Raspberry Pi OS, and more now that I have it on a USB 3.2 pendrive with good read / write speed. We might think that it would suffer from using a theme as visually appealing as Big Sur (Apple), but it is not.

Twister OS is gaining popularity with each passing day. Its developers have had to hire better servers and hosting to meet the demand of new users, and this will only motivate them to keep improving things. As they commented, there will be no Bullseye-based version anytime soon, since they are evaluating that the next version of the operating system makes the jump to 64bits. Raspberry Pi OS 64bit is still in beta. At present it is already the best option, and I encourage anyone who is not clear about what to wear in their RPI to give this suit a try for the former Raspbian. You will not regret it, I assure you.

Full path to article: Linux Addicts » General » Twister OS is the best operating system you can use on your Raspberry Pi, and it comes with RetroPie and themes installed by default.