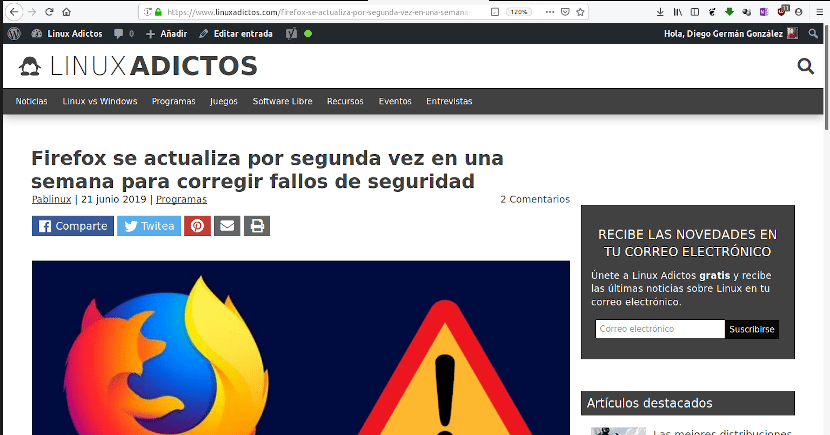 Concerned about security issues and the number of users not updating, Mozilla will use MIcrosoft technology to force the installation of updates

As of the release of Firefox 70, BITS will be used with a dedicated update agent as a proxy. It is derived rather than simply being part of the browser itself. This will make the updates easier to install.

Why will Mozilla use Microsoft technology?

The main motivation for the switch to BITS used together with an update agent is make it easier for users with slower connections to get the latest updates.. In this way, Mozilla wants to update the obsolete versions of the browser used by those who do not have the browser long enough for the normal updates to be installed.

With the current BITS way of operating, updates can only be downloaded when someone has Firefox running. When switching to a dedicated update agent, it is possible to get these updates downloaded in the background, without affecting the performance of the browser.

According to a developer from Mozilla, the idea is that the update agent is:

… A background process that will remain running after the browser is closed to download and apply updates. This should make updates more convenient for everyone and reduce the time it takes to get new updates for users who are not well supported by the current update process because they do not run Firefox regularly and / or have slow Internet connections. .

Let's clarify that we are referring to Windows. Most Linux distributions have Firefox in their repositories and update it when the rest of the operating system is updated. I don't know what will happen to other forms of installation in Linux.

Before finally adopting this technology, there is a previous step. As it explains another developer by Mozilla

This will allow us an easier transition from one shock mechanism to another, rather than just dropping it all at once. For now, Firefox will call BITS through an interface built into the binary. This interface, for now, will communicate directly with BITS, but it will be designed in such a way that in the future it can communicate with BITS using the Update Agent as an intermediary.

This will allow you to manage BITS jobs as a Local Service user, which is how we want the downloads to occur when the Update Agent downloads them independently.

Remember that Mozilla had to update two times in a week the browser due to security problems. Therefore updates are not an issue that should be relied upon on the goodwill of users.