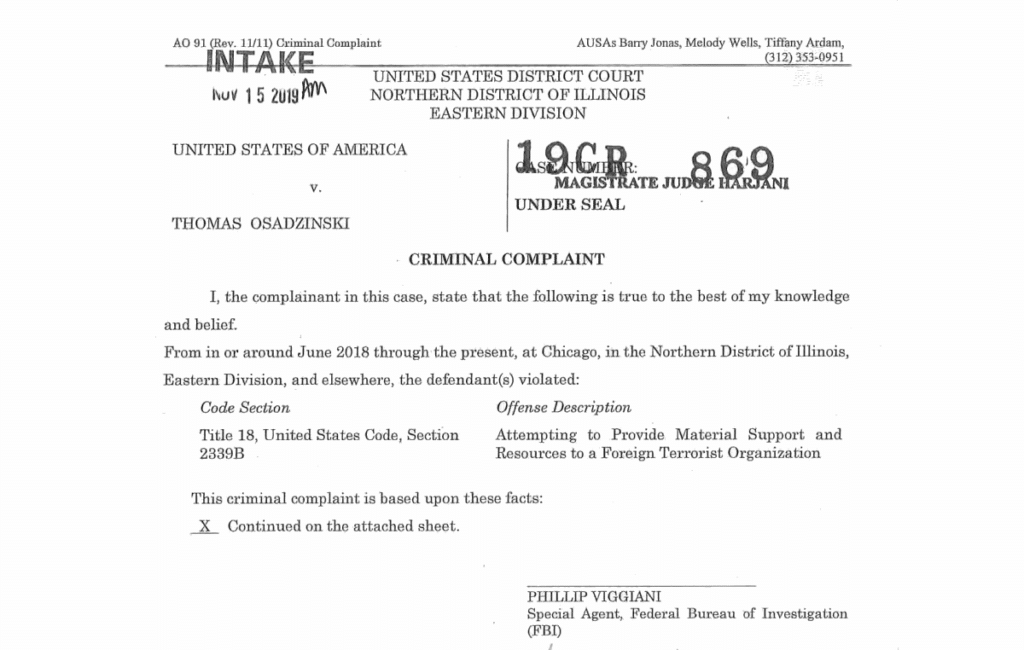 Some days ago I told them the successful case of the transition of an Indian newspaper from the use of proprietary software to free software. Today I have to write about another completely different, but nevertheless, demonstrates the versatility of open source.

A twenty year old college student face charges for supporting an organization considered terrorist. One of the forms of that support was create a Linux distribution based on Gentoo to be used in the ISIS organization's dissemination campaign. In case of be found guilty must serve up to twenty years from prison.

Without getting into political discussions, the fact that he is going to jail is a shame. From the reading of the judicial statement of the FBI agent in charge of the case, it appears that the young man would be a valuable addition to any project open source.

Nor would the special agent be a bad acquisition as a diffuser of free software. This is how you explain what Gentoo is

Why do you create a Linux distribution and why can you end up in prison?

Allow me to introduce you to the protagonists of this curious story of the use of free software. On one side we have Special Agent Phillip Viggiani who works in the FBI since 2016. On the other side we have Thomas Osadzinski, a student 20-year-old who had no better idea than share your ideas on how to spread ISIS messages with undercover agents of the FBI.

ISIS is the acronym in English for Islamic State of Iraq and the Levant. It is an insurgent paramilitary organization guided by a heterodox interpretation of a branch of Islam.

Osadzinski's first collaboration with a pro-ISIS media organization was create a python script. With this script the student could download, classify and categorize content of the official accounts of the group en automatically. He was also in charge of distribute it on your own social media accounts. Not satisfied with that, The videos were classified by resolution. Those with a slower connection (or a bad data plan) could easily find the lighter ones.

A curious fact is that the FBI agent explains to the judge simple concepts such as what a social network is as if His Honor had arrived yesterday from Mars, but nowhere does he define the concept of script.

In March this year, the young man communicated on a social network with an undercover FBI agent whom he believed to be an ISIS sympathizer. There he announced:

I am going to start a valuable new project to develop a custom version of Gentoo Linux especially for ISIS supporters. It will work on any computer and will be light, fast and secure.

Later he sent a link to a group chat and explained to him that he will post the updates there so that only trusted brothers see them. (And undercover FBI agents).

The defendant explained that the new distribution it would only serve to browse social networks. He assured that:

The less things there are in an operating system, the harder it is to hack.

Unfortunately, although Osadzinski explained to his contacts the characteristics of the new operating system, Viggiani nor deemed it necessary to include them in the indictment. Since, at least for the next twenty years, it is difficult for him to appear in Distrowatch, we can only speculate.

However, in case you are planning to do something bad on your computer, and you do not want traces to remain, I leave you with this recommendation from Osadzinski that the FBI shares with us:

If you have files that you cannot encrypt, download the Bleachbit program. When you delete a file in Windows it goes to the recycle bin. But even when you delete it from the trash, it can still be recovered. Bleachbit escre the position of the disk with zeros which makes it impossible to retrieve them.

bleachbit is open source and available for Windows, Linux and Mac

Full path to article: Linux Addicts » General » Create a Linux distribution. It can cost you twenty years in jail