Although some of the best integrated development environments for Python are available in Linux, you can also use your distribution's text editor.

Using Python on Linux is one easy and fun way to get started in programming. What tribute to Guido Van Rossum, the creator of this popular programming language, let's see how to configure a Python programming environment on our Linux distribution.

Why use Python on Linux?

Python is an easy-to-learn programming language. It has a huge base of documentation in our language (much of it free) and can be used both for creating small terminal applications or large projects with a graphical interface.

The code developed in Python can be used on Linux, Windows, Mac, Android and on different types of devices like smart TVs and GPS. 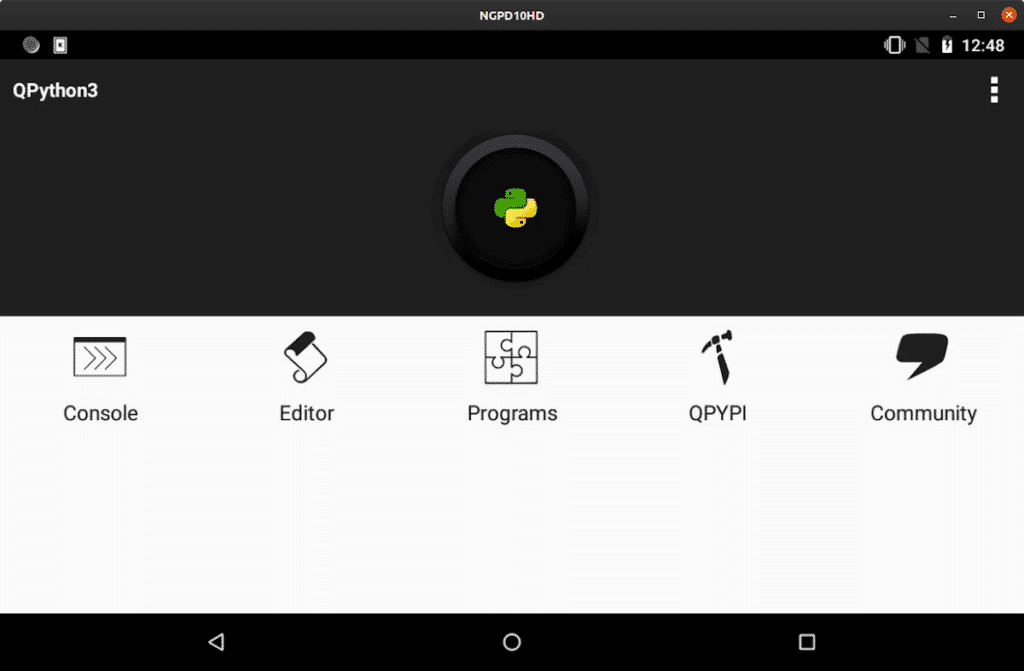 With the app Qpython3 we can write and run Python 3 code on our Android device.

Starting to use Python

Since most (if not all) Linux distributions They come prepared to use Python, the first thing is to check the version that we have installed. At this time, branch 2 and branch 3 coexist. However, branch 2 will disappear in 2020.

We can check the version we are using with the command
python --version
If you are using a relatively new distribution, you may get an error message. If so try this:
python3 --version
If you used the first command and the version number starts with 2, try the second command to see if you have Python 3 installed.

If you don't have a version, look for Python in your distribution's software manager to install it.

As well it is recommended to install Pip.Pip is the acronym for Pip Installs Packages, a package manager that will make it easier for you to get libraries for Python.

By typing the command python3 in the Linux terminal, we can open the python interpreter and run short programs.

Let's test the code.
In the terminal type:
python3
print("Linux Adictos")
Let's do some math
print (20*5)
Note that since it does not have quotes, what is printed is the result. Instead, if we do:
print ("20*5)
We will see what we put in parentheses.
We can use variables.
Type in the terminal.

a=20
b=10
print (a*b)
It is also possible to do this with words. We just have to add quotes.
blog="Linux Adictos"
print("El mejor blog sobre Linux es ", blog)
Now let's work with data entered by us.
In the terminal we write:
numero1=input("Ingrese un número: ")
Pressing Enter will ask us to enter a number. After doing it and pressing Enter, we type:
numero2=input("Ingrese otro número: )
We press Enter, we write the other number and we press Enter again.
Now write;
print (number1 + number2)

You may have noticed that using the terminal it is impossible to write long programs. In fact, there are several integrated development environments that make it easy to write Python code. Isaac commented some of them in this article. However, for the purposes of this article we are going to settle for the text editor.

Save it in your personal folder with the name test.py.

As I said above, there are many integrated development environment options that you can use to create code in Linux. In my opinion, the best alternative is VSCodium.

VSCodium is built on the source code of Visual Studio Code, MIcrosoft's integrated development environment. The difference is that it compiles without any of the tracking tools that the company adds to it. The program can be used on Windows, Linux and Mac and downloaded from here: