Linux Mint 19.1 will be codenamed Tessa and is known to will arrive sometime between the last days of November and the beginning of December, according to project leader Clement Lefebvre.

"The second release in the Linux Mint 19.X series is codenamed Tessa and is expected to arrive between November and December 2018 with support for 5 years, until 2023.»Mentions Lefebvre.

The Linux Mint developer also talked about long-term support for this version, with maintenance and security updates for five years, until sometime in 2023, furthermore, he mentioned that Linux Mint 19 Tara users will be able to upgrade to Linux Mint 19.1 Tessa through the update manager that is included in the system.

Linux Mint 19.1 will come with many improvements and features, among which we can mention the inclusion of the latest version of the Cinnamon graphical environment, Cinnamon 4.0, as well as the redesigned Software and Updates tool. 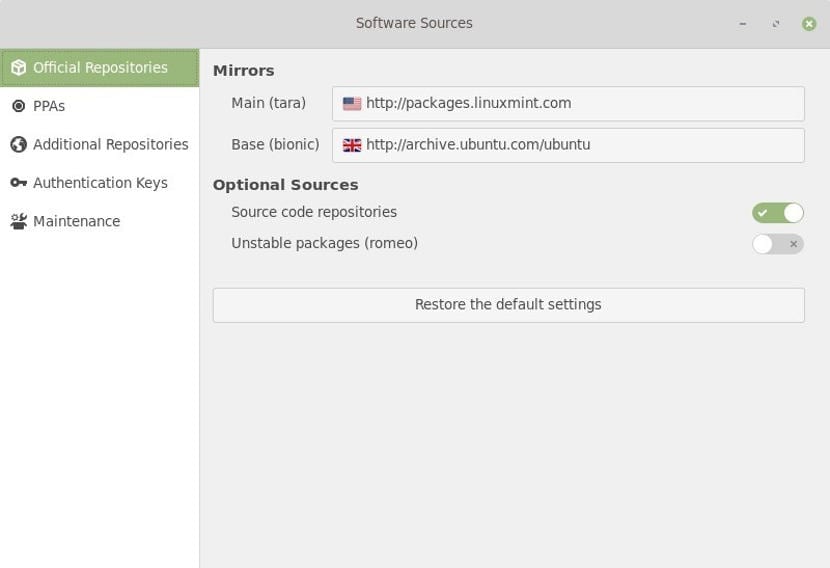 The Software and Updates tool will have an Optional Sources section, as well as an option for users to add debug repositories, an adaptation that comes from the Debian project.

El Linux Mint theme, called Mint-Y, will also be updated enhancing contrast by darkening background colors, which will make labels easier to read, something the user community has long been asking for. More details of Linux Mint 19.1 Tessa will be revealed soon.

Full path to article: Linux Addicts » GNU / Linux » Distributions » "Tessa" will be the name of Linux Mint 19.1 and will arrive in November or December