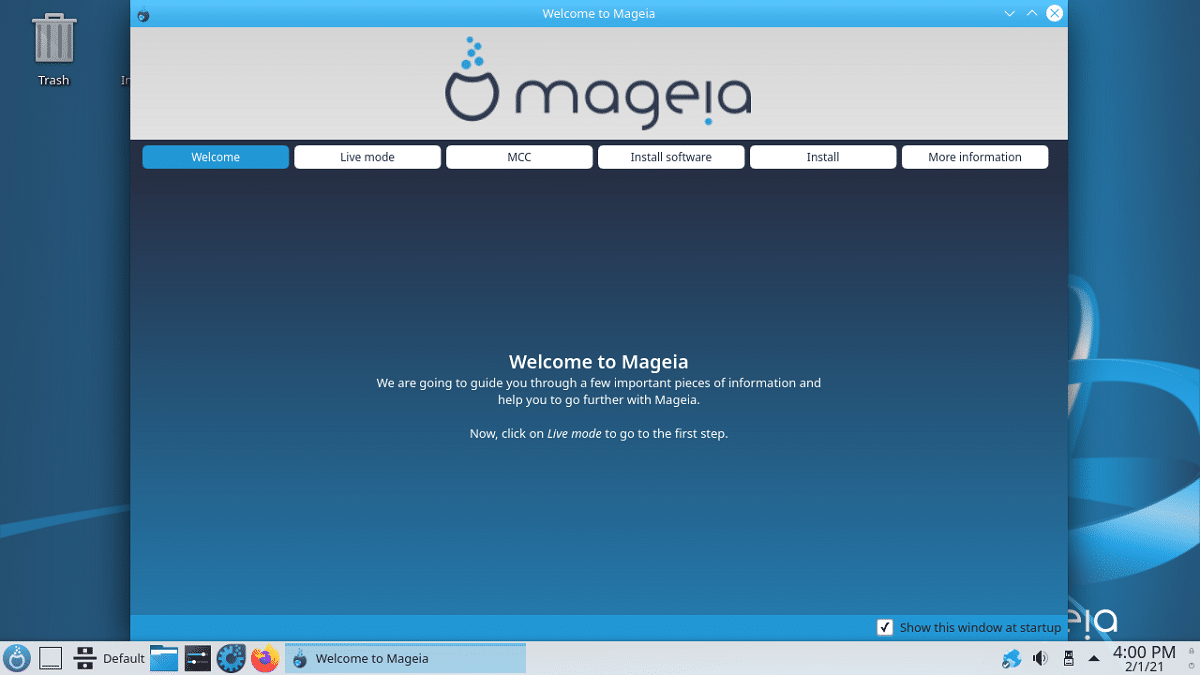 Almost two years later from the last significant release, the release of the new version of the Linux distribution, «Mageia 8«, Within which an independent community of enthusiasts is developing a fork of the Mandriva project.

For those unaware of Magic, you should know that this is a distribution founded by former Mandriva developers. It is a fork of Mandriva Linux formed in September 2010 by former employees and employees of the popular French Linux distribution.

But unlike Mandriva, which was a commercial Linux distribution, the Mageia project is a community project and a non-profit organization whose goal is to develop a free Linux-based operating system.

Mageia is a community distro based on the now defunct Mandriva distro. The latest version of Mageia offers UEFI support, as well as various software updates.

On the part of the improvements, it is mentioned that support for installation in partitions with the F2FS file system, Besides that the range of wireless chips has been expanded supported and added the ability to download the installation image (Stage2) over Wi-Fi with a WPA2 connection (previously only WEP was supported).

Another important change is that download and installation in Live mode has been sped up significantly, thanks to the use of the Zstd compression algorithm in squashfs and the optimization of hardware detection, in addition to the addition of support for installing updates in the last stage of the distribution installation.

It is also highlighted that optimizations for SSDs have been added to the rpm package manager and metadata compression is enabled by the Zstd algorithm instead of Xz.

Application MageiaWelcome was redesigned for initial setup and user familiarization with the system. The application is written in Python using QML, it now supports window resizing and has a linear interface that guides the user through a series of steps to configure.

In addition, iso dumper (the utility to write ISO images to external drives) adds support for image verification using sha3 checksums and the ability to store a partition with persistent user data in encrypted form.

On the other hand, it is mentioned that work continued to support the ARM platform and make this architecture the main one. Official builds for ARM are not yet formed and the installer is still experimental, but assembly of all packages for AArch64 and ARMv7 has already been provided.

Of the other changes that stand out from this new version:

For those who are interested in being able to try or install this new version of the distribution on their computers, they should know that the disto images are already available for download in 32 and 64 bit (4 GB) DVD sets and a set of live versions (3 GB) based on GNOME, KDE and Xfce, plus a minimalist image is also available for installation over the network (32 MB)

The system image can be recorded with the help of Etcher, which is a multiplatform tool.