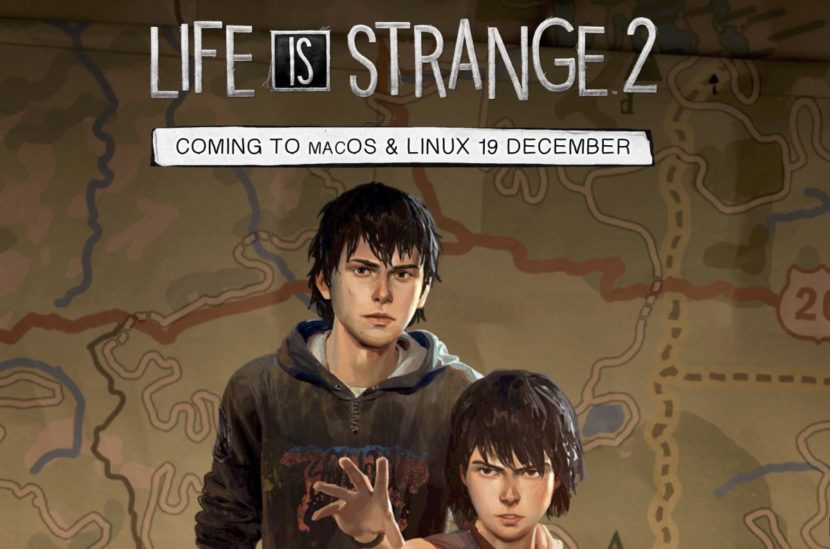 Probably, many users, especially the most gamers, would know the Feral Interactive company well for a long time. It is also likely that many others know it more for the news like the one we bring you today: they are going to carry a game so that it is available for Linux and macOS, something they have already done several times this year with games like DiRT 4 o Shadow of The Tomb Raider. On this occasion, the chosen game will be Life Is Strange 2.

So what announced a few hours ago on its official website. As usual, what they have published is simply an explanatory paragraph about what the game is about, the date of its coming to macOS and Linux and a promotional video of the title, the one you have below these lines. To know more details, we will have to wait for the launch to be official.

Life is Strange 2 is coming to Linux on December 19

The world has turned against brothers Sean and Daniel and now they have no choice but to flee, guardians of a powerful secret. The police are following their trail and it will not be easy for them to reach their final destination, Mexico. The road is long and full of challenges, can you trust those individuals who cross your path?

Life Is Strange 2 is a graphic adventure that was released in September 2018 for Windows, PlayStation 4, and Xbox one. The Thursday November 19More than a year later, it will also be coming to Apple's macOS operating systems and the Linux that most of our readers will use. Feral Interactive was also the company in charge of porting the first part of the game to these platforms.

Until the launch is official, we cannot be sure what the minimum specifications will be to play Life Is Strange 2, but on Windows they are the following:

When the launch is official, we will be able to play this title from the Steam video game platform.

Full path to article: Linux Addicts » Programs » Linux Games » Life is Strange 2 is coming to Linux and macOS this Thursday thanks to Feral Interactive