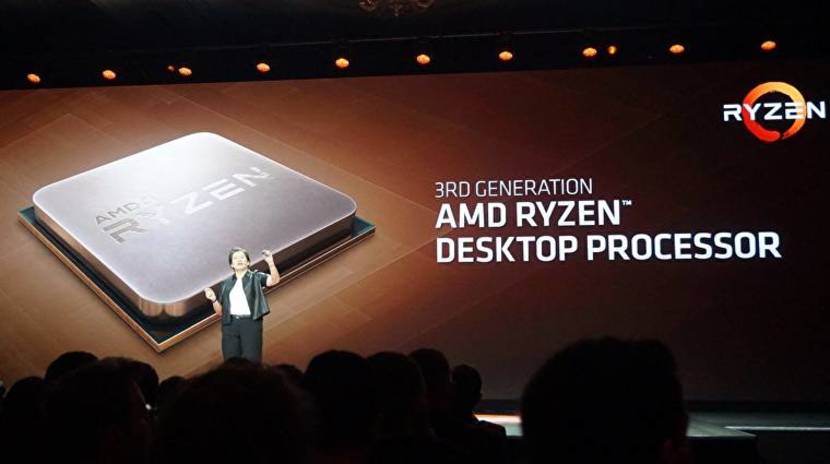 The company AMD has presented some of its novelties for 2019Among them, the ones that stand out the most are its new microprocessors based on the 3rd Generation of the Zen microarchitecture, that is, Zen 2, which comes as the successor to Zen +. These microprocessors will have a base of 8 cores and 16 threads, with a performance that is 12% better than the current Zen +, while the power efficiency is extremely high, even better than the current Intel, since AMD has put a lot of effort into efficiency is 33% higher.

These news for the new year do not end there, since AMD wants to make it difficult for Intel competition and also for the graphics sector: NVIDIA. In this sense, he has also presented the first GPUs to be manufactured using a manufacturing process of 7nm, same with which your CPUs will be manufactured. Meanwhile, Intel continues to have big problems with its 10nm and delaying the decline in the manufacturing process year after year ... GPUs have 27% better performance in Blender, and 67% better in OpenCL than their predecessor. Those new 3rd Gen Ryzen and those new 2nd Gen Radeon RX Vega aren't the only products. His EPYC range, the microprocessors for servers and supercomputers, have also had an update in line with the range for the desktop. All of them are already supported in the latest versions of the Linux kernel.

That will be accompanied by updates to AMDGPU drivers for Linux as well, to squeeze the most out of Linux performance and improve the overall gaming and graphics experience. But, as if that were not enough, there is also good news related to AMD and Linux, and that is because HP and Acer have launched models of their ChromeBooks with ChromeOS powered by AMD chips, yes, now the Ryzen also reach these laptops.

Full path to article: Linux Addicts » Programs » Graphics » AMD has a lot of news for 2019!